Bar Haven After Play is the most magnetic club for acoustic music in town. An array of artists with great stories to tell, the cosy living-room-feel of the relaxed evenings, a flaming fireplace, tasty drinks, and a delicious bar menu - all this is waiting just for you. Bask in the day’s afterglow, relax, recover, linger, and above all – enjoy your stay.

Bar Haven After Play is available in Bar Haven every other Thursday between 5-8pm. Free entry.

Bar Haven After Play opens its spring season on Thursday 16th January with the legendary Janus Hanski. The artist who has worked long hours in the field of music and entertainment, is presenting a selection of 50s, 60s and 70s classics, including Sammy Babitzin, Juha Vainio and Seppo Hanski, not to mention his own hit songs.

Nuori Hector draws his music from the singer-songwriter tradition, which has its roots in the music of artists such as Townes Van Zandt, John Prine and Willie Nelson. With the help of guitar and singing, the music presents stories of all situations in life, from tragedies to great love.

Helsinki-based Larry Peninsula has toured not only in Finland but also in the United States, Sweden and Russia. Peninsula’s début album “Country Music Only” received great reviews both in Finland and the USA.  As a versatile artist, Larry has also collaborated with leading artists, such as the single “Kantriäijät” released with Mikko Alatalo, and has composed the official race track for the 2019 Gold Rinsing Championships.  In Bar Haven, Larry Peninsula performs with talented guitarist Tuomas Metsberg.

Hoedown band’s motor Mika Kuokkanen and Hoedown’s newest member Jere Ijäs made their first duo gig in December 2019 and are continuing their well-begun musical journey into the new decade!

In addition to their own solo careers, these two singer-songwriters have been in many different compositions and toured overseas, especially in the United States. Mika & Jere duo's idea is that they both play their own songs in Finnish and English, including lesser works, and of course a few Hoedown rallies. Strong ambiance, new breezes and musical galore in a great place, welcome!

Tonight's Bar Haven After Play artist will be Janne Kaunisto. Janne continues the old Finnish tradition by translating old American strings into Finnish. The material presented at the gigs bows to Juice, Jussi Raittinen and the Freukers.

A true Finnish pop and soul legend, Saari performs some of his most beloved hits from his career on this intimate club gig.

See you at Bar Haven!


Read more about why you should book directly on hotelhaven.fi →
Book now 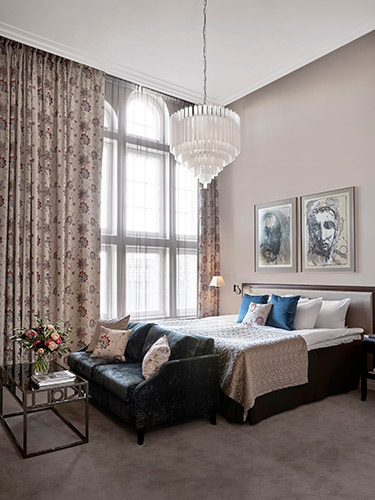 
Become a beloved-member and you will receive our exclusive friends & family deal. You will also be the first to receive our best hotel and restaurant deals as well as invitations to our special events.

By subscribing to Hotel Haven’s newsletter you permit us to handle your personal information in accordance with our privacy policy.